I know it has been a while since my last post, and there is more to catch up on than I could ever cover. But I can say that I have officially finished my fieldwork in Guatemala now. It was nothing like I expected it to be, so many things went wrong I don’t know where to begin. But some things went right, thankfully enough things that I can move forward with my thesis. In the end, had everything gone the way it was supposed to I wouldn’t have discovered the stories I did–stories that are arguably more urgent than the stories I sought in the beginning. And I suppose that’s how most fieldwork happens, you don’t really know what questions to ask until you’re in the thick of it.

I went to Guatemala originally with the intention of studying the effectiveness of the reconciliation process after their civil war. After coming up against more roadblocks than I could imagine, it became clear that there is something deeply wrong with the forensic anthropological efforts happening in Guatemala, especially in how these efforts are influencing contemporary impunity for those who commit gang related violence. None of this is cheerful stuff, but it’s necessary if anthropologists are to understand the influences on and the consequences of their involvement.

It all comes back around to theory, how do we acknowledge and account for our bias when doing anthropology? How do we ensure the best outcome for the greatest number of people, without losing sight of the bigger picture? 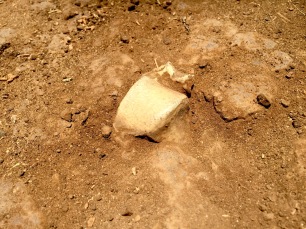 What did she or I gain from this visit? Certainly not answers, rather more questions and mounting frustration at the ineptitude and cruelty of her situation.

I didn’t conduct nearly as much work in Guatemala as I had wanted to, but now my work must turn to the institutions that enable the ongoing violence and impunity. And not just in Guatemala, but in all the countries scrambling through the reconciliation process.

I will be presenting on my experiences in Guatemala at the SARG seminar on May 22nd at Durham University.

As always, send me any questions through the contact page